According to the agreement, in the following five years, the two universities will join their hands in promoting academic and cultural exchange, and conduct extensive cooperation in student short-term study, student exchange, joint education of undergraduate, faculty exchange and other academic activities. 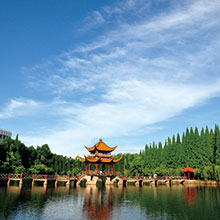